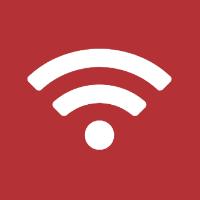 ITS doesn't support network access for Linux systems, but it is possible to connect Linux to the campus network.  This page contains some tips we have collected.

Installing Linux on an former macOS or Windows computer

If the device was previously on the network as a macOS or Windows system and is being reimaged as Linux, Submit a help request to remove the previous identification record so the Linux machine can be identified correctly.

When using a dual boot system you will need to randomize the MAC addresses on one of the operating systems, as both systems cannot use the same MAC Address.

Install openconnect, a SSL VPN client that works with the Cisco Anyconnect VPN servers used by Swarthmore. The example below was done using Ubuntu 18.04. Other versions of Linux might require different commands.

To run from the command line (cli), it must run as root, so use the sudo option:

To use Swarthmore's VPN system from Linux install the Cisco AnyConnect client for Linux.  Submit a help request to ask for the AnyConnect Linux installer then enter the following in a terminal window.

Swarthmore's network can cause problems for some Ubuntu systems when installing software via apt-get.  To avoid the problem, use the following instructions.

Create a file on the system called /etc/apt/apt.conf.d/99ignoreproxy (or 99something) and add the following lines:

Check our homepage at https://swarthmore.edu/its