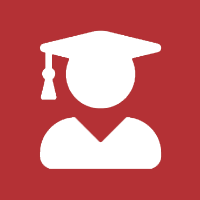 Swarthmore ITS provides access to high performance computing systems for computationally intensive projects. There are several different types of systems that are available for faculty, staff, and students.  Academic Technologists from ITS will work with you to figure out what resource would best match your project.

Campus researchers have access to Strelka, Swarthmore's computer cluster.  Learn more about the system on the Strelka Computer Cluster page.

The cluster consists of 13 nodes, each with two CPUs with an additional head node to handle user logins and job scheduling.

Jobs are submitted through the Slurm job scheduling system.

Advanced Cyberinfrastructure Coordination Ecosystem: Services & Support (ACCESS) is an NSF-funded consortium which supports a network of shared supercomputing resources housed at major U.S. research institutions. Through ACCESS, member institutions gain access to flexible pools of time on large supercomputers. Using these systems, researchers are able to complete computational processes in one hour that would take a single desktop computer decades to complete.  Since joining in 2010, Swarthmore faculty and students from biology, chemistry, computer science, physics, and statistics made use of over several million processor-hours on supercomputing facilities around the United States.

If you have a large job that can be broken down into small, independent pieces, high throughput computing (HTC) may be a way to reduce the time needed for your calculation.  Instead of running a program on one large computer, you can create hundreds or thousands of small jobs that are sent to Open Science Grid (OSG), a set of thousands of computers across the country.  Anyone can create an account at OSG Connect and start submitting jobs using the HTCondor system.

For special projects, Swarthmore ITS may be able provide access to the spare computer time in ITS classroom computers, servers, or on cloud-based services.

The ITS Media Center has a set of high-end computers that can be used for video editing, image processing, and other computationally-intensive processes.

Check our homepage at https://swarthmore.edu/its